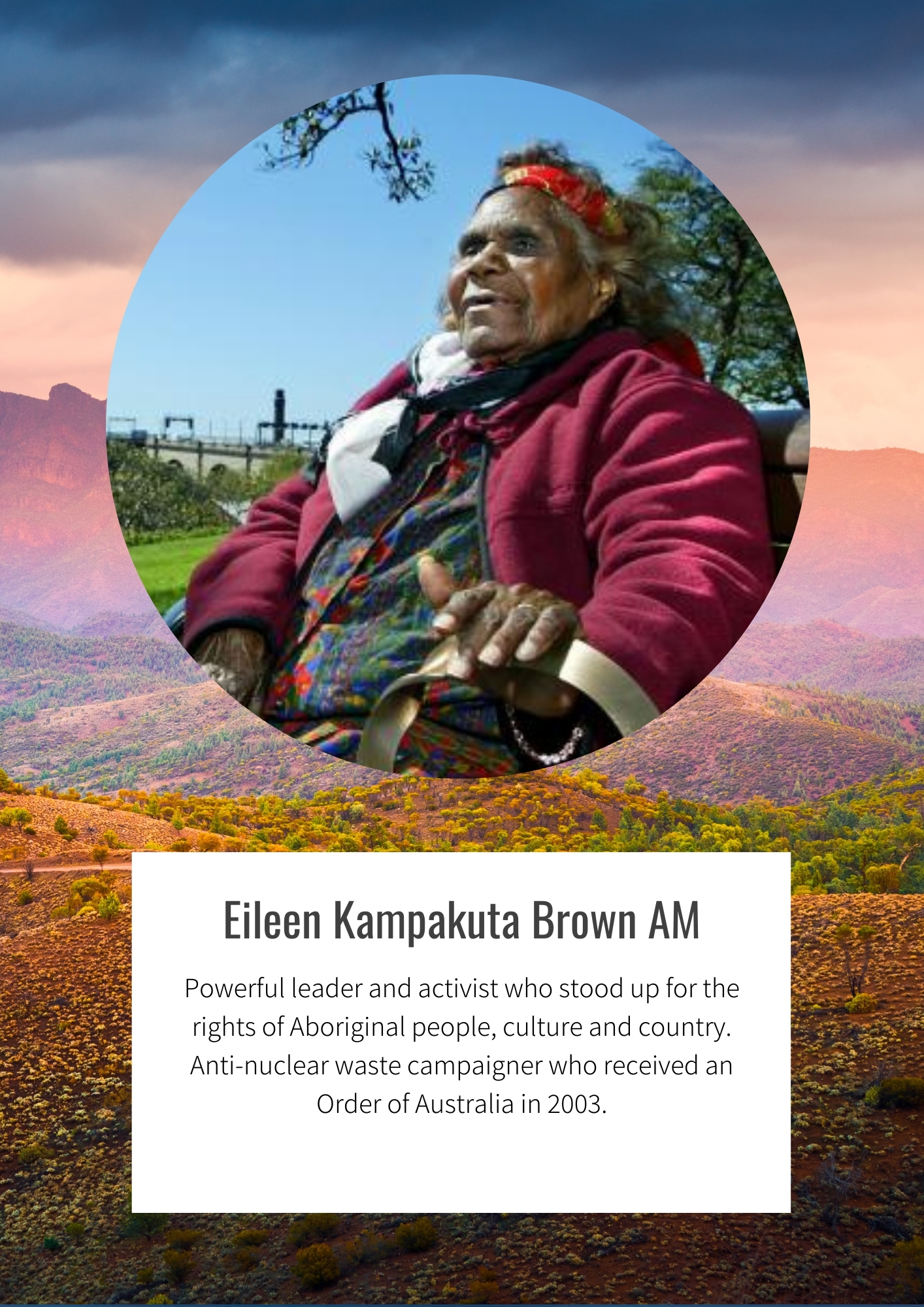 Eileen Kampakuta Brown was a proud, strong Aboriginal woman. Recipient of an Order of Australia in 2003, Eileen was a powerful leader and activist who stood up for the rights of Aboriginal people, culture and country.

At every opportunity she would act as a voice not only for her people but for the animals, the water and the land.

In 2003 she was awarded the Goldman Environmental Prize together with Eileen Wani Wingfield for their efforts to stop governmental plans for a nuclear waste dump in South Australia's desert land. Together with other Elder women, they formed the Cooper Pedy Women's Council (Kupa Piti Kungka Tjuta) in 1995.

More than 50 years after the first nuclear bomb detonation in the South Australian desert, Aboriginal communities found themselves in another fight for their lives, with the threat of a nuclear waste dump. Brown, Wingfield, and the Kungka Tjuta led the successful campaign to stop the dump.

"People said that you can't win against the Government. Just a few women," they wrote in an open letter. "We just kept talking and telling them to get their ears out of their pockets and listen. We never said we were going to give up. Government has big money to buy their way out but we never gave up."