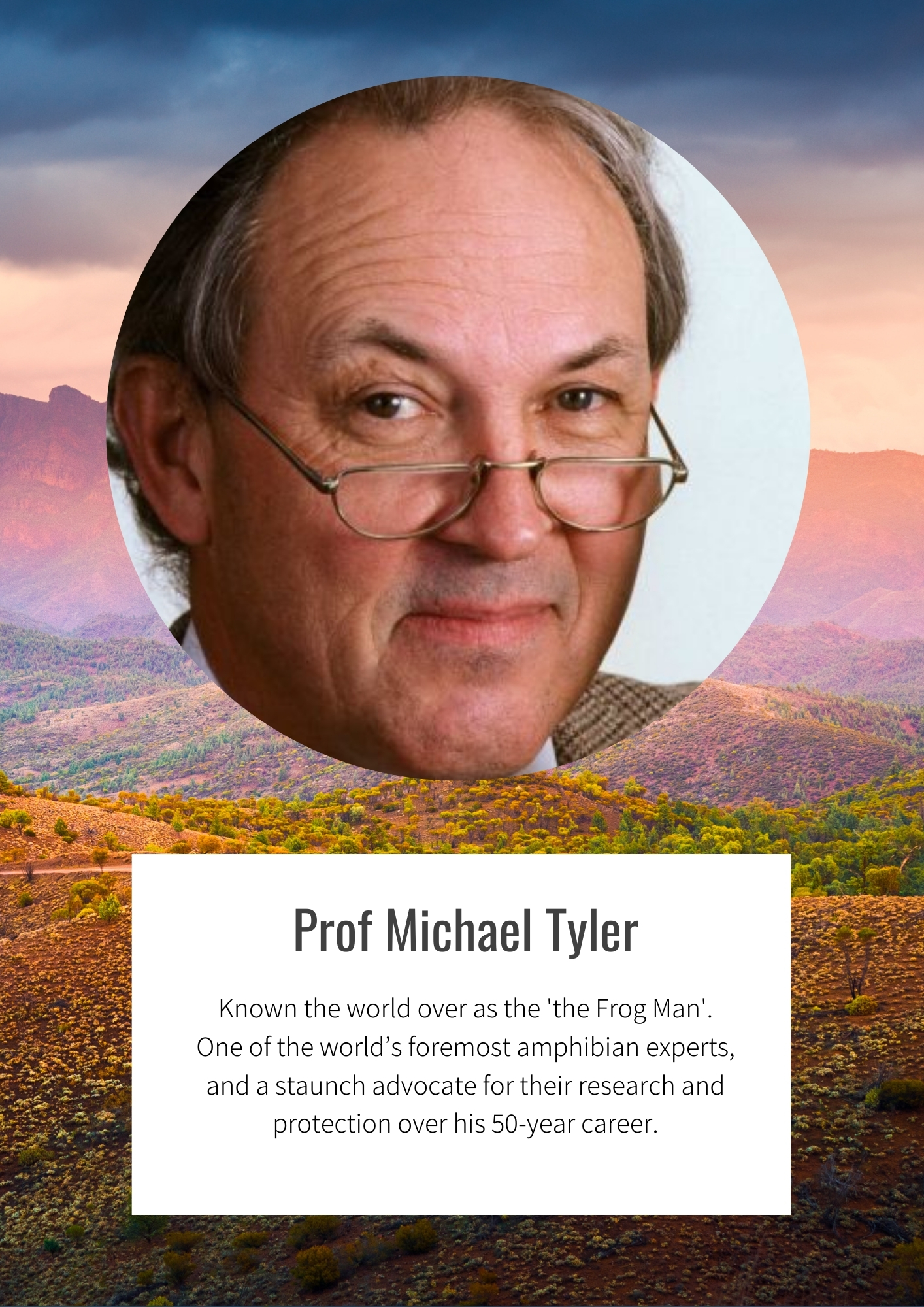 Professor Michael J. Tyler was known the world over as the 'Mike the Frog Man'. As one of the world’s foremost amphibian experts, he authored 22 publications and field guides, over 300 scientific papers and edited nine other books on amphibians in his 50-year career.

Originally from Britain, Mike moved to South Australia in the late 1950s, having been told by the British Museum that ground-breaking work on amphibians was best sought overseas.

Mike joined the University of Adelaide as a laboratory technician in 1961, rising through the academic ranks until he was appointed Associate Professor of Zoology in 1984 and awarded a doctorate of science in 2002.

Mike was a prominent researcher on the worldwide phenomenon of the disappearance of frogs, notably in the two species of Australian gastric-brooding frog which were declared extinct shortly after their discovery.

Professor Tyler was very public in his promotion of frogs as pets, as sources of potentially useful substances, and as an indicator of environmental quality, arguing that a species so important to humans must be protected.

Mike was also involved in a variety of nature documentaries, notably Nature of Australia and David Attenborough's Life on Earth series.

Amongst his countless awards and accolades, Mike was been awarded an Order of Australia, and a Nobel Prize in biology in 2005.