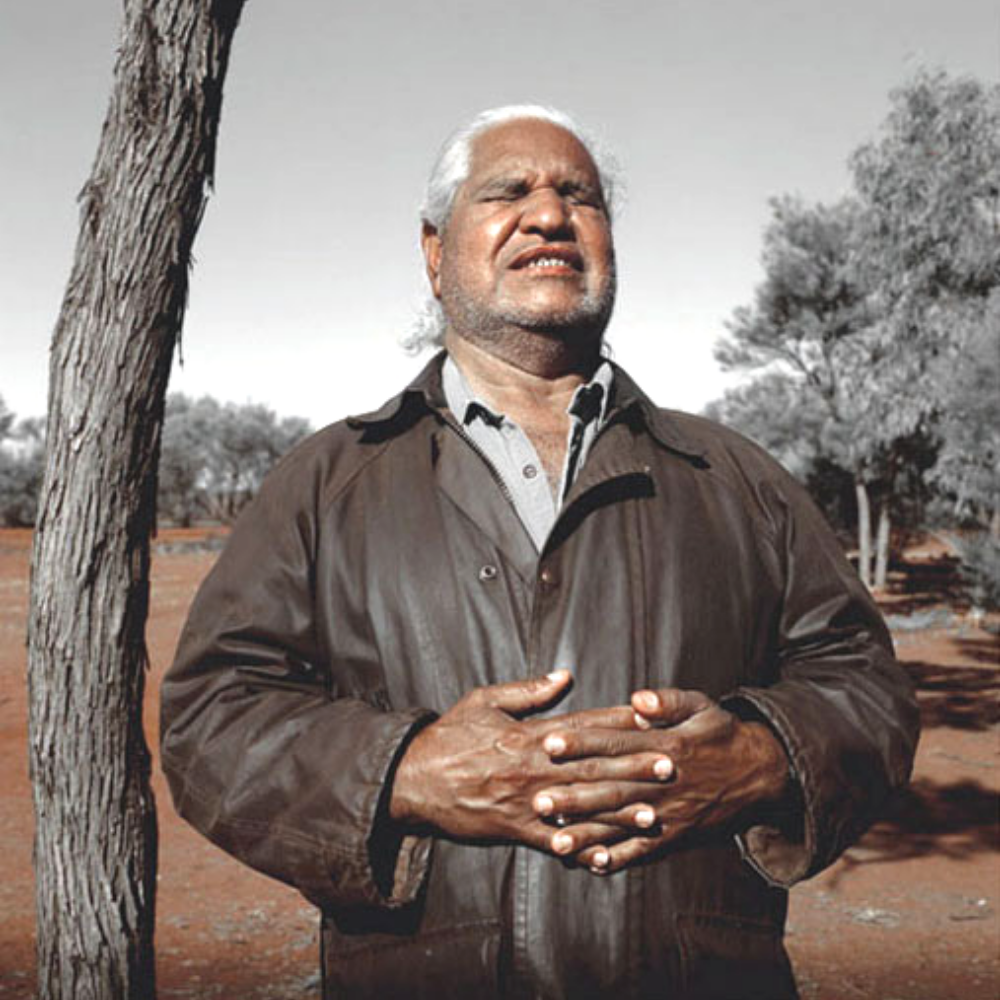 Yami’s story has become legend to the generations of South Australians who have stood against the nuclear industry in this state.

Yami Lester OAM was blinded when he was a young boy, as a result of the ‘black mist’ that descended on the Anangu Pitjantjatjara Yankunytjatjara Lands (APY Lands) after the British nuclear tests at Maralinga, in the 1950s. But his disability didn’t deter his drive to stand up against the powers that attempted to erode the desert people’s entitlements over their land.

Throughout his life, this wise Elder campaigned tirelessly at a local, national and international level for the restoration of Maralinga following the atomic bomb testing.

His story and advocacy was pivotal in the Royal Commission into British Nuclear Tests in Australia, which resulted in compensation for his people and cleanup operations in the area.

Until the end Yami remained a powerful and highly influential advocate.  As ambassador for the No Dump Alliance he spoke loud and strong against nuclear waste dumping in South Australia.

In 1981, Yami was awarded the Order of Australia medal for service in the field of Aboriginal Welfare.

His warmth, kindness, generosity, resolve, charisma and wicked sense of humour has inspired so many Aboriginal and non-Aboriginal people.

And his daughters, Karina and Rose, continue their father’s legacy today.  They were deserved winners of the 2015 Jill Hudson Award for their powerful leadership in the fight against the high level waste dump.  And in 2017, Karina again took Yami’s legacy to the international stage: speaking at the UN in New York against the proliferation of nuclear weapons.