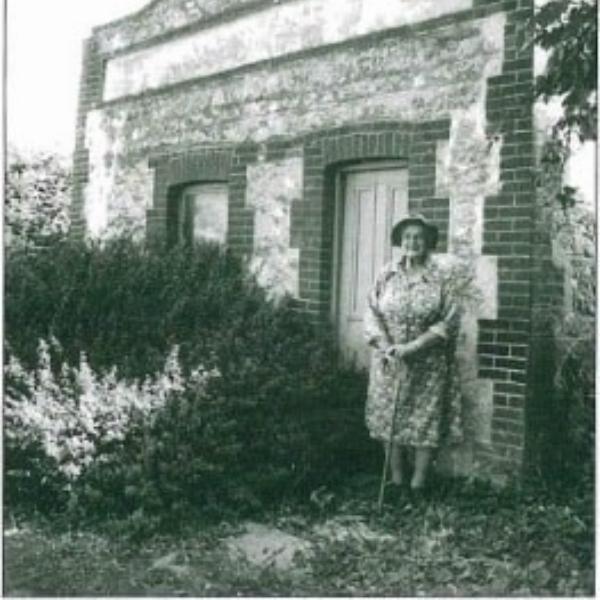 Betty Rutherford Westwood, also known as the ‘Tree Lady’ was brought up near Strathalbyn in the 1920s. Against her parents’ wishes, she enrolled in Nursing in 1939, then serving as an Army Nurse in the Pacific Islands during World War 2.

Later Betty spent a couple of years nursing in the United Kingdom and soon after returning home she was offered a position at St Peters College in 1955, where she spent the rest of her working life.

Matron Westwood, as she then became, devoted her life to loving and caring for others, while sharing her enthusiasm for nature with her charges.

Betty retired to Dollar Cottage in Strathalbyn, where she carefully tended a native plant nursery with seedlings she harvested from local grasses, shrubs, and remnant trees.

As a founding member of Trees for Life, Betty volunteered her time and expertise raising seedlings, tree planting and propagation.

Renowned for her tireless efforts to protect and enhance the natural heritage of the Strathalbyn region, she was often seen on lonely country roads revegetating barren countryside

Everyone in Strathalbyn knew Betty and her VW Beetle, the back seat invariably crowded with boxes carrying dozens of tubes of little trees.

It’s estimated that over the years she personally planted about a quarter of a million trees.

Betty was a warm, enthusiastic woman who never missed an opportunity to encourage her friends – and there were many of them – to engage in some aspect of conservation.

She was a ‘modern day warrior’ for the preservation of nature, and we’re grateful for her passion and commitment to the land she loved.

Betty passed away in Strathalbyn in 2004. Her memory lives on at the Trees for Life Nursey, named in her honour - the Betty Westwood Nursery.