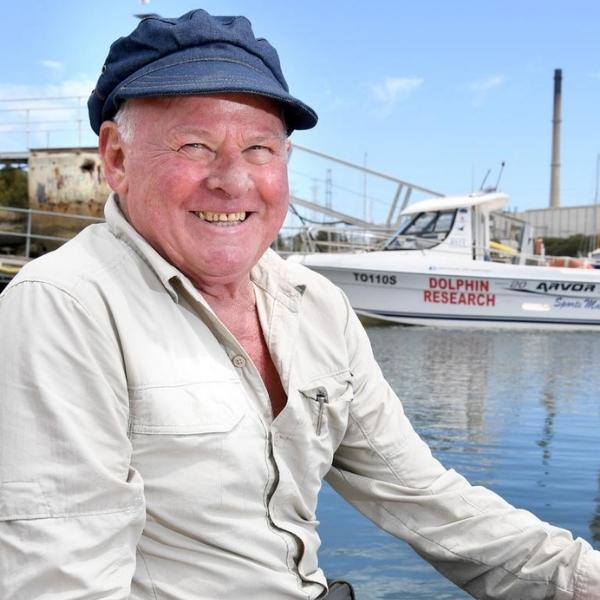 A lifetime of love for the ocean and all its life forms has found expression in Mike Bossley’s fifty years of marine conservation through research, education, activism, and advocacy.

Alongside his academic research career, Mike served as Australian delegate on the International Whaling Commission for six years and has presented at countless international conferences.

Dr Bossley was also the first director of Greenpeace Australia and participated in anti-whaling and anti-nuclear weapons testing campaigns.

Mike established the Australian Dolphin Research Foundation, which was the precursor to the Adelaide branch of Whale and Dolphin Conservation Australasia.

Throughout his career Mike has led campaigns against commercial whaling in Australia and internationally, helping to establish the Southern Ocean Whale Sanctuary.

Amid his significant contributions to conservation across Australia and the world, Mike is perhaps best known as a champion for South Australia’s Port River dolphins.

As Whale and Dolphin Conservation Regional Science and Education Manager, he has been studying the Port River Dolphins for more than 25 years.

His work led to the establishment of the Adelaide Dolphin Sanctuary in South Australia's Port River estuary in 2005, which is home to a combination of resident and visiting bottlenose dolphins.

Over the years he has helped many sick, injured or entangled dolphins and facilitated their return to the water.

Mike’s pioneering non-invasive field research has taught us so much about the way dolphins use their habitat, their social structures, and the threats they face.

He has known many of the resident dolphins that live in the Port River since they were young and has followed them over the years, watching them grow up, form friendship groups and start their own families.

In 2005, Mike won the SA Australian of the Year Award, and the following year was honoured with a Member of the Order of Australia for service to the protection of marine mammals as a biologist, academic and conservationist.