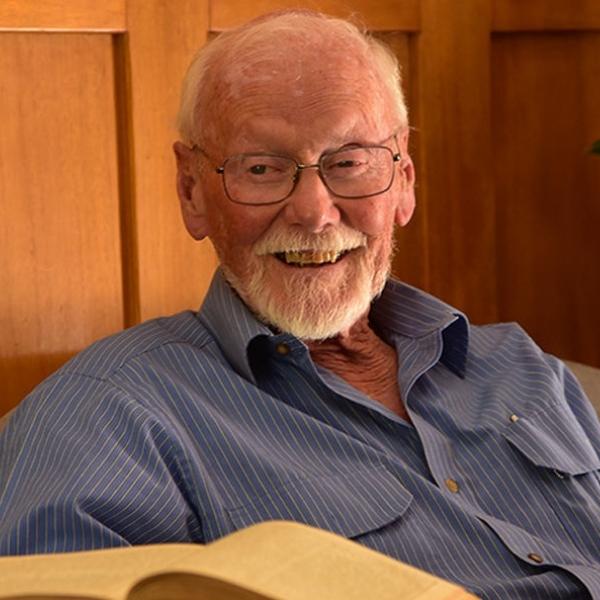 Dr Richard Willing’s formidable career in medicine would be enough to put him on any honours list, but here we are acknowledging his decades of inspiring service to conservation and the environment.

While working as a gastroenterologist in the late 1950s, Dr Willing was given the opportunity of a lifetime: to join an expedition with the Australian Antarctic Division as Medical Officer.

While in Antarctica, Richard helped locate an Auster emperor penguin rookery and spent a season observing the feeding habits of these incredible creatures.

During this time, he was part of a three-month trek to the southern Prince Charles Mountains as part of a seismic survey. Mt Willing, in the centre of these ranges, is named after him. Not many people can claim such an honour.

After returning to a successful medical career, Dr Richard Willing and his wife Gwen bought their farming property Minnawarra near Myponga in 1976 and applied for a Heritage Agreement for over 117 ha of bushland in 1981.

Soon after, Dr Willing co-founded the Scientific Expedition Group with C Warren Bonython in 1984. To this day, SEG undertakes several expeditions each year to record scientific information on wildlife and the environment in many parts of SA.

The group’s Minnawarra Biodiversity Project was started in 2001 following the fencing out of domestic grazing animals on the Willing family property to investigate and record the positive change in biodiversity.

Dr Richard Willing was an SEG Committee member for over 30 years, serving as Chairman and President before becoming the group’s Emeritus President.

His lifelong dedication to scientific research and supporting ecological research while including students and new talent is outstanding.

Throughout his life, Dr Willing has received many acknowledgements for his work, include the Polar Medal in 1959, Scouts Australia Medal of Merit in 1965 and Premier's Award for outstanding volunteer service in 2019.

Last year, Dr Willing was awarded the Medal of the Order of Australia (OAM) for service to conservation and the environment.