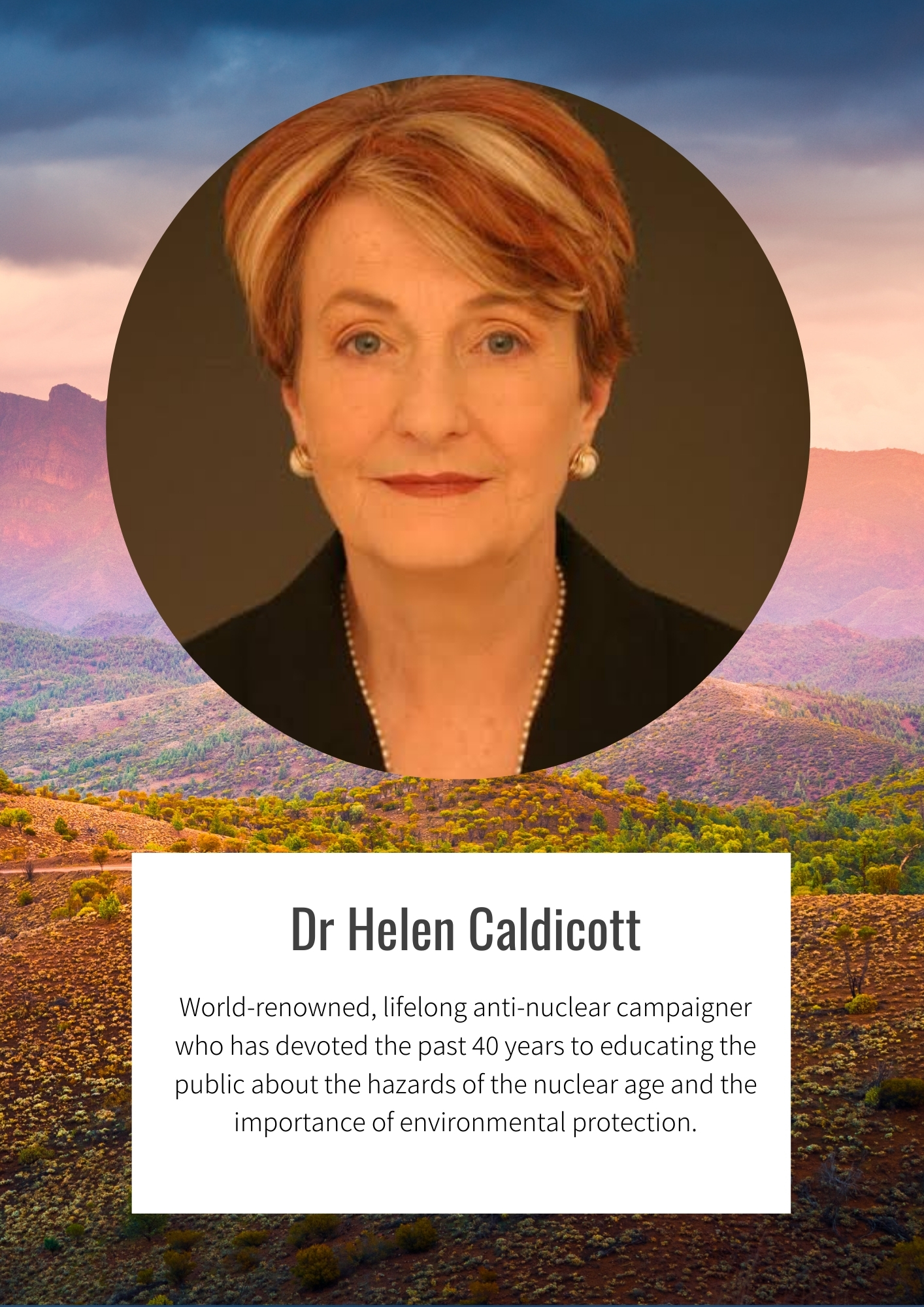 Dr Helen Caldicott is a world-renowned, lifelong anti-nuclear campaigner. She has devoted the past 40 years to an international campaign to educate the public about the hazards of the nuclear age and the importance of environmental protection.

After starting her medical career in Adelaide, Helen relocated to the USA to take up appointments at Harvard Medical School and Boston Children’s Hospital until she resigned in 1980 to work full time on the prevention of nuclear war.

Throughout the 1970s Dr Caldicott played a major role in Australia’s opposition to French nuclear testing in the Pacific and worked with Australian trade unions to educate their members about the medical dangers of the nuclear fuel cycle.

While living in the United States in the 1970s and ‘80s, she led Physicians for Social Responsibility whose international umbrella group was awarded the Nobel Peace Prize in 1985.

Dr Caldicott has received many prizes and awards for her work, including 21 honorary doctoral degrees. She was personally nominated for the Nobel Peace Prize in 1985, and the Smithsonian named her as one of the most influential women of the 20th Century.

Helen is President of The Helen Caldicott Foundation, whose mission is the promotion of a nuclear-energy and weapons-free, renewable energy-powered world.