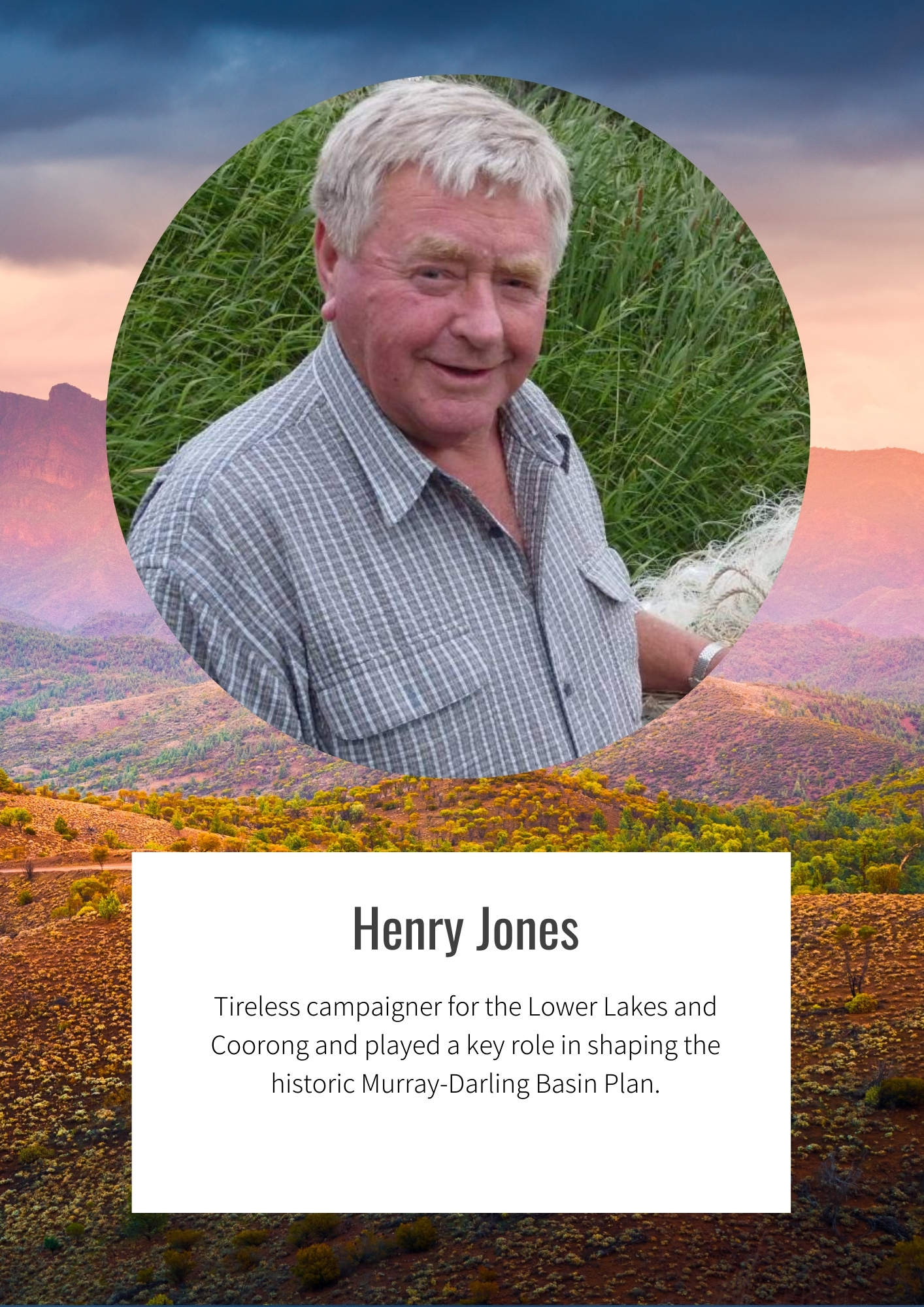 Legendary Murray advocate Henry Jones was a tireless campaigner for the Lower Lakes and Coorong and played a key role in shaping the historic Murray-Darling Basin Plan.

Henry was named as a finalist in the South Australia Senior Australian of the Year Award 2014 for his work in water conservation and was awarded a lifetime contribution at Alexandrina Council's Year of the Farmer Celebrations in 2012.

Henry’s emotional plea for national reform to save the ailing system on the lawns of Parliament House in Canberra in 2012 was so powerful it was credited as a game changer in the decades-long fight for River Murray reform.

Assistant Regional Development Minister Jamie Briggs said the Murray Darling Basin Plan would never have come to fruition if not for years of dedicated lobbying from Mr Jones.

His dedication to the River Murray was recognised in 2013, when he became the first member of the community to receive the River Murray Medal, awarded by the Murray-Darling Basin Authority.

Henry was the face of The Advertiser’s I Love Murray campaign and perhaps the most influential figure in influencing the implementation of a plan to save the Murray-Darling Basin, and the environment and people who rely on it.