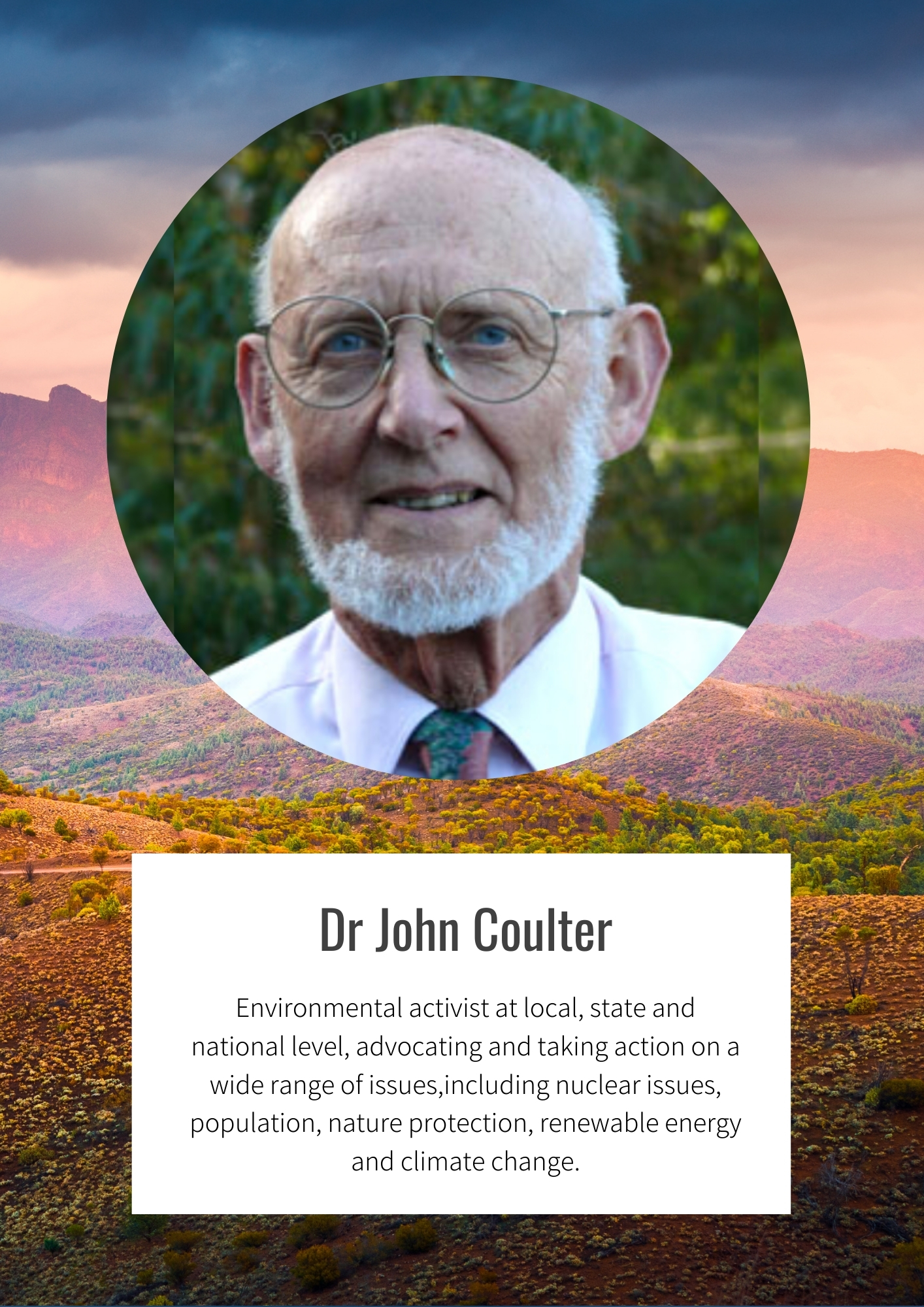 For more than five decades, John Coulter has been an environmental activist at local, state and national level, advocating and taking action on a wide range of issues, including nuclear issues, population, nature protection, renewable energy and climate change.

As a medical researcher, university lecturer, politician, founding member of Conservation SA, and former president of the Australia Conservation Foundation – to name just a few! – John has contributed to countless medical, environment and sustainability organisations in his 50-year career.

In 1973 John successfully ran on an environmental platform for election to Campbelltown City Council after a campaign against large native trees in the area being cut down.

Throughout the ‘70s and ‘80s, John was an active critic of uranium mining and nuclear testing, campaigning against the proposed Redcliff petrochemical plant and the Roxby Downs Indenture Act.

As an Australian Democrats’ Senator for SA in the ‘80s and ‘90s, John introduced bills to ban ozone-depleting substances and uranium enrichment, and the first national bill to protect threatened species. He also established the first major Senate Inquiry into Climate Change, calling for the introduction of a carbon tax in 1995.

John continues to advocate for a sustainable future for South Australia.