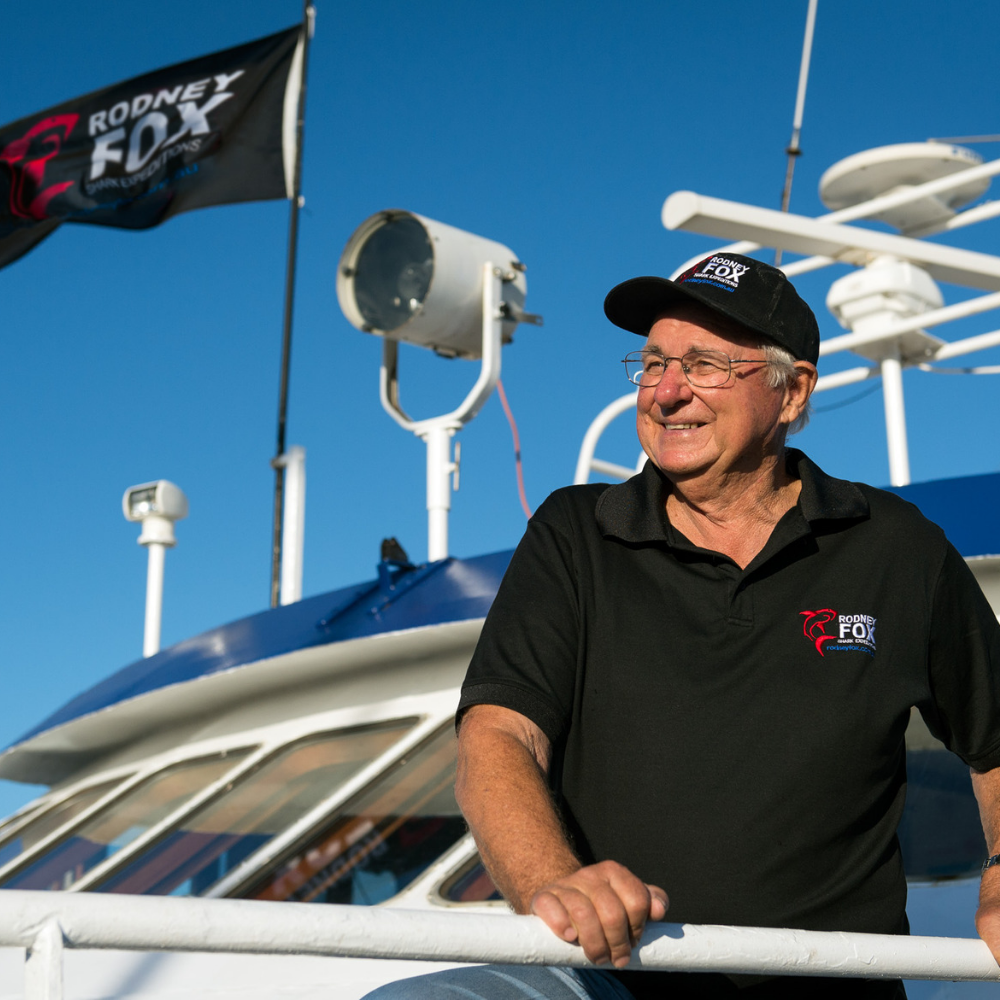 Rodney Fox is a powerful contributor to shark conservation worldwide.

After surviving a massive shark attack in 1963, Rodney wanted to learn more about his attacker and embarked on a lifelong campaign to educate the public to replace fear with fascination for these incredible creatures.

Rodney was a strong campaigner for the protection of Great White Sharks for over 20 years before they were protected, first in South Africa in the 1990s, and then in Australia and other places around the world.

As an expedition leader for many shark documentaries and feature films, plus scientific and tourist expeditions, Rodney is also accredited for being responsible for most of the footage of Great Whites produced in the 20th century.

In 2001 together with his son Andrew, Rodney founded the Fox Shark Research Foundation, a non-profit organisation with the mission ‘to inspire the appreciation and understanding of Great White Sharks through research and education.’  Their diving expeditions continue to supply a vital platform for conservation and research initiatives.

Rodney’s passion for the Great White continues to this day.  He is a key speaker at many international conservation and diving events, and gives motivational talks at schools and organisations around the world.

His life and career have become a textbook example of creating opportunity from crisis, turning a near-fatal shark attack into a life of discovery, ingenuity and passion.