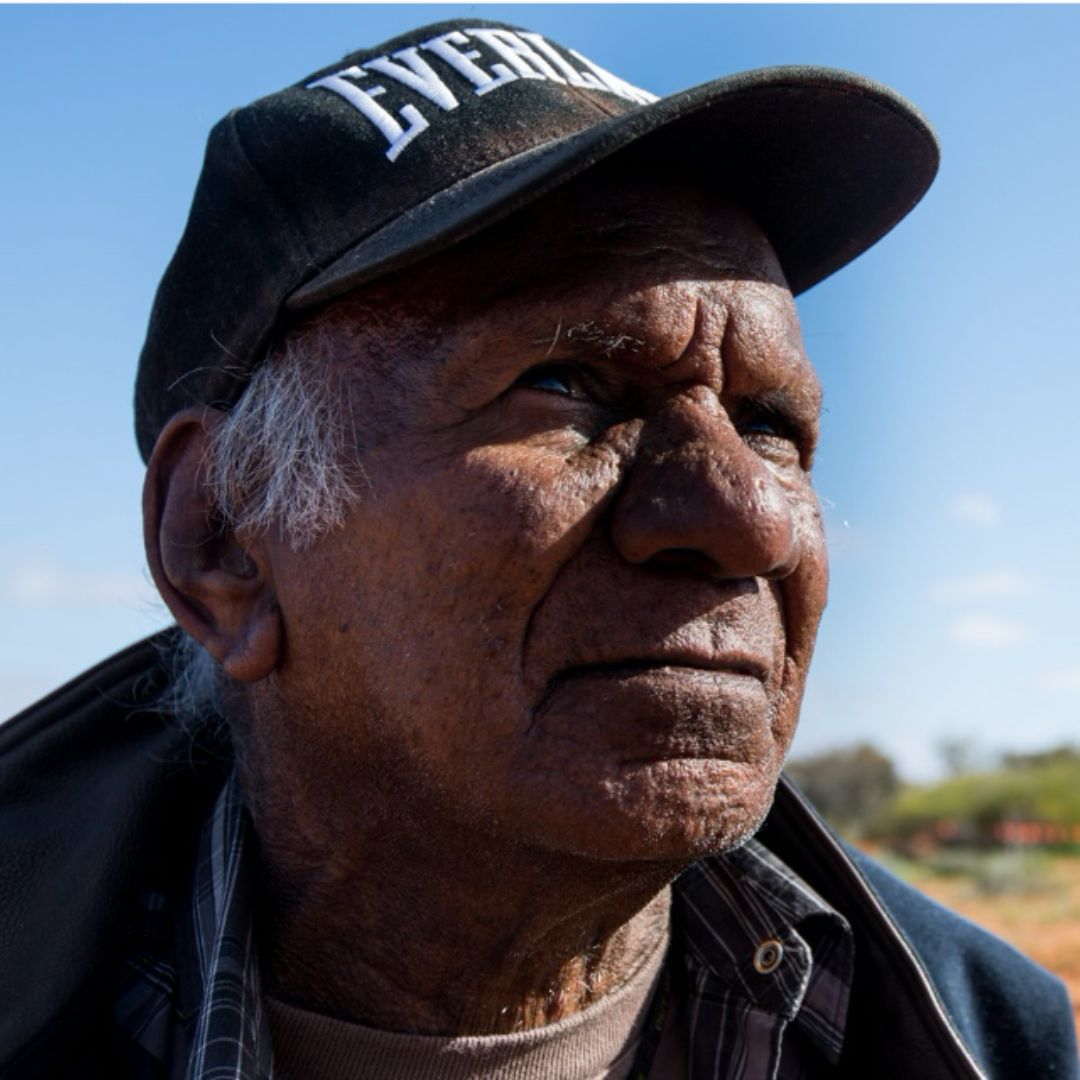 Uncle Kevin Buzzacott is a respected Elder from the Arabunna nation in northern SA.

He has campaigned widely for cultural recognition, justice and land rights for Aboriginal people, and has initiated and led numerous campaigns raising awareness on uranium mining and nuclear issues.

A passionate and effective advocate for sustainable water management, Uncle Kevin has initiated and led numerous campaigns against threats to culture and environment such as the exploitation of water from the Great Artesian Basin.

Kevin has travelled tirelessly, talking to groups large and small about the impacts of uranium mining and the threats posed by the nuclear industry.

He has had a profound impact on the lives of many people – especially young people. To many young activists – and to the rest of us – Uncle Kev is an inspiring environment and cultural leader with an important story to tell.